Enter your City name or Pincode

Khordha is a small developing city in Khordha district in Odisha. Bhubaneshwar is located at a distance of 25 kilometers from the city of Khordha. The NH-16 and SH-1 passes through Khordha. The official language of Khordha is Odia. 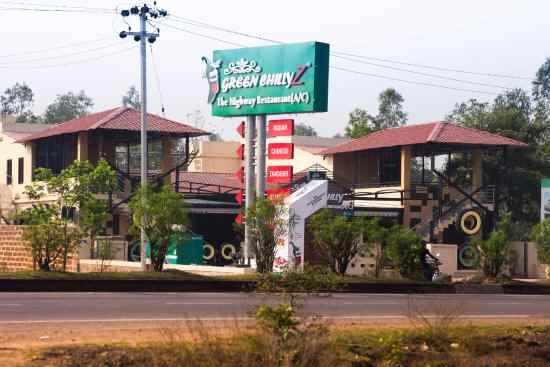 Among the various districts of Odisha, Khordha happens to be the most developed one. Khordha is famous for its cottage industries, brass utensils, cable manufacturing unit and manufacturing of railway coaches.

During the year 1568-1803, Khordha used to be the capital of the Odisha State. Khordha is very famous for its renowned fort. The place is sometimes expressed as “The last Independent Fort”. At the present time the remains of this momentous fort can be witnessed which is a proof of the magnificent past of India. Bakshi Jagabandhu the popular commander who was also famous as Paika Bakshi saved Khordha from the East India Company.

Khordha offers a plethora of tourist places in and around the town. The most noteworthy places of attractions have been listed below:


Atri : This popular hot spring is located in Baghamari village and is almost 14 kilometers away from the Khordha Bus Stop. This site is popular for its sulphur water hot springs. Atri also gives shelter to a holy shrine which is dedicated to Lord Shiva (here the deity is popular as-Lord Hatakeswara).
Barunei Temple:  The principal deity of this temple is Goddess Barunei, who is very popular here and is revered by the residents of Khordha. This famous shrine of Khordha is just 28 km away from Bhubaneshwar and is nestled on the Barunei Hills. The Swarna Ganga gushes from these hills and this spot is considered to be one of the most remarkable places in Odisha.

Buddhanath Temple: This temple dates back to the 11th century. The main deity of this shrine is Lord Shiva. The Buddhanath temple is situated very close to the Balipatna town which is approximately 25 kms away from Bhubaneshwar.

Deras Dam: This is a popular picnic spot which is just 15 kilometers away from Bhubaneshwar. This beautiful dam is bounded by a thick forest on its 3 sides. This picnic spot is flooded with innumerable visitors during the winter months.

Ma Koshalasuni Temple: This temple is located in Arikama village and is almost 20 kilometers away from Khordha. This beautiful spot also serves as a picnic spot. The villagers residing here celebrate the Annual Yagna, Raja Festival and Maha Ashthami(Annual Festival) festivals.

Kaipadar: This place houses a popular mosque where one can behold the confluence of Hindus and Muslims. Kaipadar is located about 15 kilometers from Khordha.


Chilika Lake: This renowned lake of Odisha is famous for its salty water lagoon. Chilika Lake sprawls over Khordha, Ganjam and Puri Districts at Daya River’s opening and flows into Bay of Bengal, it covers more than 1100 square km area. It gives shelter to a plethora of migratory birds as well as numerous endangered animals and plants species.
Udayagiri & Khandagiri: Located at a distance of 25 kms from Khordha these are known as “Twin Hills” of Bhubaneshwar. These twin hills boast 117 caves. Udaygiri’s “Rani Gumpha” is the biggest cave. “Hati Gumpha” is another big cave whose rock is carved with the Hathigumpha inscription done by a King named Kharavela. There is also one Jain Temple and one Bara Bhuja shrine in these caves.

Dhauligiri: This place is famous for the rock edicts carved by Samrat Ashoka which displays the History of Kalinga. Dhauligiri is nestled 15 kilometers away from Bhubaneshwar.

Nandankanan Zoo: Located about 20 kms away from Bhubaneshwar, this place is popular for a zoo, a natural lake and a Botanical Garden. A Lion Safari has also been inaugurated lately which is quite majestic and is exceptional because of the presence of white tigers.

Shikhar Chandi: From Bhubaneshwar it is about 15 kilometers towards Nandankanan. The place houses a renowned temple of Chandi Maata on top of a hill and attracts a lot of visitors for its scenic beauty.

Temple of Ugra Taara Maata: Situated at a distance of 55 kilometers from Bhubaneshwar this place is popular for Maa UgraTaara temple. This location serves as a picnic spot as well as a popular place for shooting movies. Bhusandpur village, which happens to be the biggest village in Odisha State, is located very close to this place. This village is renowned as the “Fishermen’s Ground” because of its proximity to the Chilika Lake.

Shishupaalgarh: This place houses a ruined fort as well as the old capital of Kalinga called “Toshali”. These were excavated by Archaeological Department of India. This attraction is located just 13 kilometers away from Bhubaneshwar.

Lingaraja Temple: This is one of the biggest and most ancient temples of Odisha which is dedicated to Lord Shiva. This temple is considered to be the major landmark of the city of Bhubaneshwar and is a must-visit if you happen to be in Khordha.

Today Public utility services in Khordha are in much better condition than they were ever before. However, problems and challenges with regards to efficiency and quality of services persist even today. But then also you can find services that are meaningful and aim to improve standards of livings of the citizens of the towm. From healthcare to banking and every other facilities is present in the city of Khordha.

The state transport buses ply between all the important towns, villages and cities of the Khordha District. Khordha has excellent road connectivity to the nearby villages and major towns like Jatani, Bhubaneshwar etc. The nearest rail head to the city is Khordha Rlwy Jn. Some other nearby railway stations are Bhubaneshwar Station, Vani Vihar, Mancheswar, Patia Ph, Balugaon, Kalupara Ghat etc. All these stations connect a majority of villages and towns of Khordha district. The nearest airport to Khordha is the Bhubaneshwar Airport which is at a distance of 24 kms from Khordha.

Comments / Discussion Board - About Khordha